On Tuesday, two alternative asset managers—TPG and Brookfield—closed a combined $12.4 billion in climate investment funds. That’s more committed in one day than used to be raised in years.

At the same time, money for climate tech companies is going out the door at a record pace. According to Pitchbook, investment in climate tech this year had surpassed $14 billion by the end of June. Annualized, that pace would easily set a record. 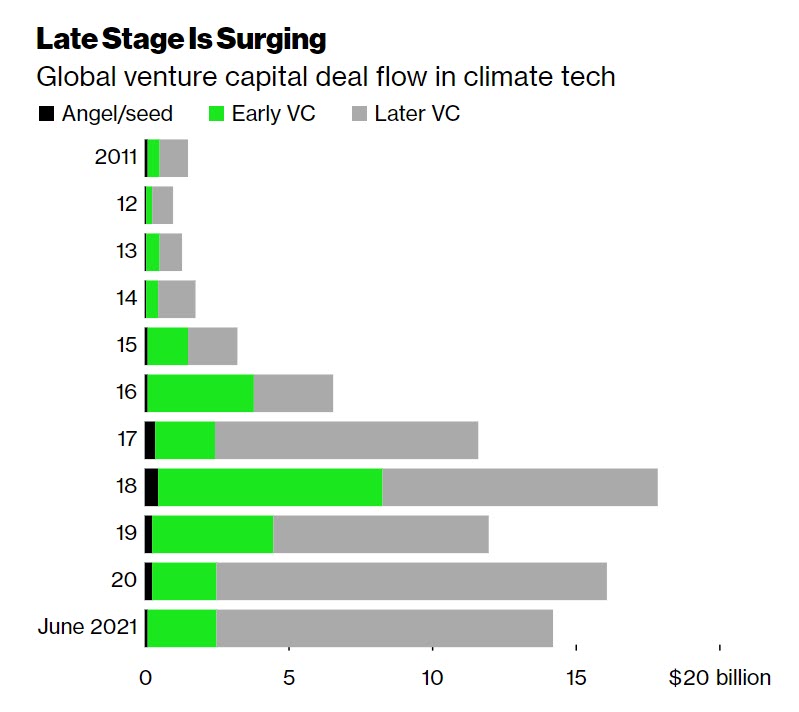 All this money flying around has me thinking about where and how value will be created. There will be benefits to the climate, the environment, company operations, and balance sheets, of course. But there’s another area worth exploring, and that’s the value of networks.

Six years ago, venture capital investor Chris Dixon wrote a short but thoughtful essay on how networks evolve by attracting users to a single, often quite simple tool. “The tool helps get to critical mass,” he said. “The network creates the long-term value for users, and defensibility for the company.”

He was writing about primarily about software companies, but this same logic can and should be applied to physical and climate-related networks. Electric-vehicle charging networks certainly count (it’s in the name!), but we should go further back, to electricity itself. When Thomas Edison sold power from his very first power plant (at Pearl Street, in Lower Manhattan) to his very first customer (J.P. Morgan), it was only a tool. But by connecting more things to that same tool and attracting enough users to create a network, Edison was able to create value—for his company, for power generators, and for power consumers. As more uses were built into and on top of that network, the benefits became apparent at a societal level, too.

Where might we see that the come-for-the-tool-stay-for-the-network story play out in climate tech? There are many places, but three come to mind first.

The first is energy storage systems. Capacity installed in the U.S. this year will probably be five times more than was installed in 2020. Each additional megawatt-hour provides an advantage both as a tool, providing electrons when needed, and as a network component, by increasing grid reliability, decreasing power costs, and reducing grid power demand. Add enough batteries and distributed energy generation and more network value will emerge. 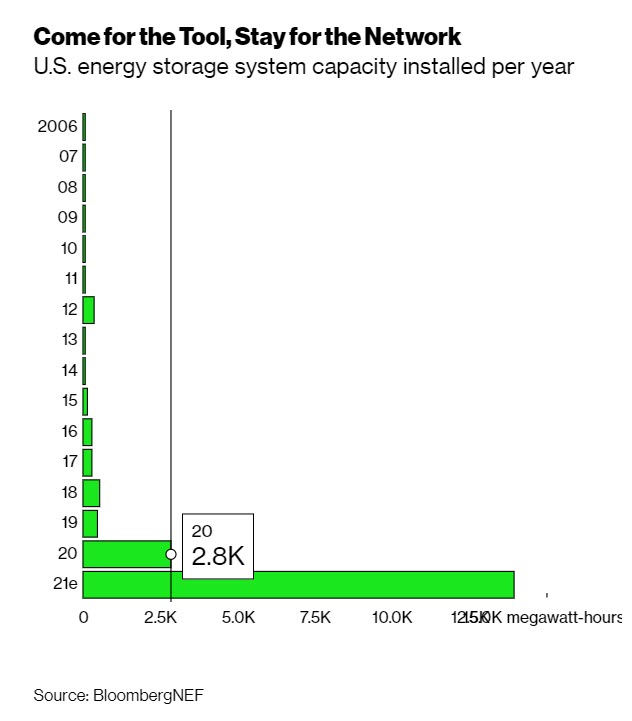 Another place is in what we can call “climate intelligence”—monitoring, risk measurement, and accounting and disclosure. Here, the value of expanding from tool to network comes from standardization and (hopefully) simplification of complex methods to measure and eventually manage risk. There are many ways to think about measuring climate risk and many companies offering ways to do so, however their utility is uncertain as long as they’re effectively competing with each other. To put it another way: all these tools aren’t very useful unless they’re doing precisely the same thing.

That’s where standards-setting efforts such as the Task Force on Climate-related Financial Disclosures, are essential. TCFD now has more than 2,200 supporters. (Michael R. Bloomberg, the founder and majority shareholder of Bloomberg LP, the parent company of Bloomberg News, is the chair of TCFD.) Just as importantly, TCFD-aligned reporting will become mandatory in the U.K. by 2025. Mandates have a way of begetting more mandates—further entrenching standards, but also creating networked value from shared expertise and (hopefully) lower accounting costs. 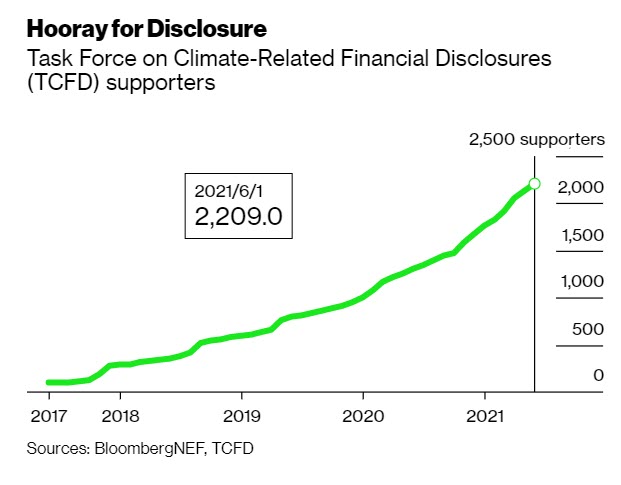 A final place where tools could become networks? Round-the-clock renewable power, where corporations commit to sourcing zero-carbon electricity for every hour of their power demand. Alphabet Inc.’s Google has been quite public about its progress towards using only renewably-generated electrons, but it has a ways to go—which is where the network comes in. Each additional new power purchase agreement a corporation signs to meet its own zero-carbon goals can be another asset on the grid that lowers emissions and provides another point of connection for other companies.

As demand for clean energy surges, would-be developers are struggling to find enough transmission lines to carry power to the people. One increasingly popular solution: retired coal plants. Much as a special-purpose acquisition company offers […]