Natural gas imports from Canada to the western United States have increased by 4.1% so far this year versus the same period in 2021, according to new analysis by the U.S. Energy Information Administration (EIA). 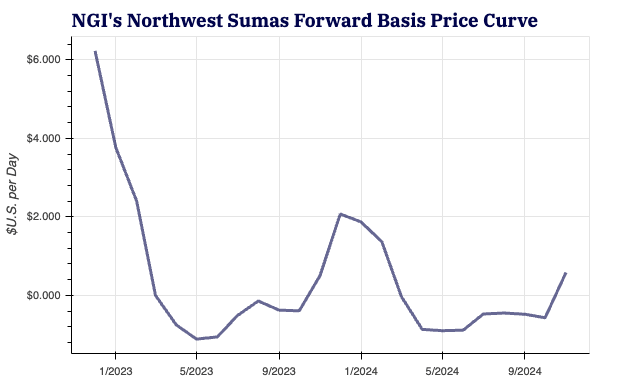 The border-crossing points at Sumas, WA, and Eastport, ID, “principally supply metropolitan areas in the Pacific Northwest and California, where several factors have challenged supply and demand balances this year,” EIA analyst James Easton said in a research note on Tuesday.

These factors include increased electricity demand for air conditioning over the summer amid a sustained heat wave, less hydroelectric output due to drought and reduced natural gas flows from the Permian Basin due to pipeline constraints, Easton said.

Gas imports from Canada remain vital to balancing the U.S. market despite their partial displacement in recent years by U.S. production, according to Easton.

“Because of ample capacity on pipelines and in storage facilities in Canada, suppliers can rapidly increase flows, which helps to stabilize the U.S. market during periods of supply and demand imbalance, such as during cold winter months,” he said.

On the whole, however, the United States has lessened its dependence on Canadian gas over recent years.

Easton cited that gross imports of dry natural gas from Canada accounted for about 8% of U.S. gas supply on average as of the end of August, down from 17% in 2005.

Over the same period, U.S. pipeline exports of natural gas to Canada have risen substantially.

Easton noted that through August of this year, U.S. exports averaged 24% of all pipeline natural gas trade with Canada, up from 9% in 2005.

“Natural gas pipeline capacity has expanded throughout the eastern United States, and the region is typically a net exporter of natural gas to Canada for much of the year,” Easton said. “Imports from Canada, however, help support annual seasonal fluctuations in consumption, particularly during the winter peak in the United States, when cold temperatures drive demand for heating.”

He added, “Since 2012, imports into the eastern United States have generally peaked in January or February at approximately 2 Bcf/d and then again in July or August at approximately 1 Bcf/d, when high temperatures drive demand for air-conditioning. During the shoulder seasons (spring and fall), net flows of natural gas reverse, flowing into Canada to build inventories.”

Management of Canada’s leading natural gas producers, meanwhile, explained during third-quarter earnings calls that they have been capitalizing on stronger prices amid a tightly supplied global market, and seeking to maximize gas sales in the United States.

Montney Shale pure-play Arc Resources Ltd.’s CFO Kris Bibby said the company is aiming “to make sure that we’re selling as much gas as we can into the U.S. when there’s periods of congestion” at the AECO hub in western Canada.Brendan McCracken, CEO of another leading Montney producer, Ovintiv Inc., highlighted what he views as “a durable, fundamental call on North American gas that preceded the Russian invasion of Ukraine…”

Governments around the world – including Canada – must accelerate sluggish permitting processes for renewable power and carbon-reduction projects in order to meet crucial climate goals, and address an “unresolved crisis” that is delaying the projects that will be […]

A northwest B.C. natural gas pipeline project presumed to be dead may be showing new signs of life. In a letter to Indigenous and non-Indigenous stakeholders along the route of the proposed Pacific Trail Pipeline […]