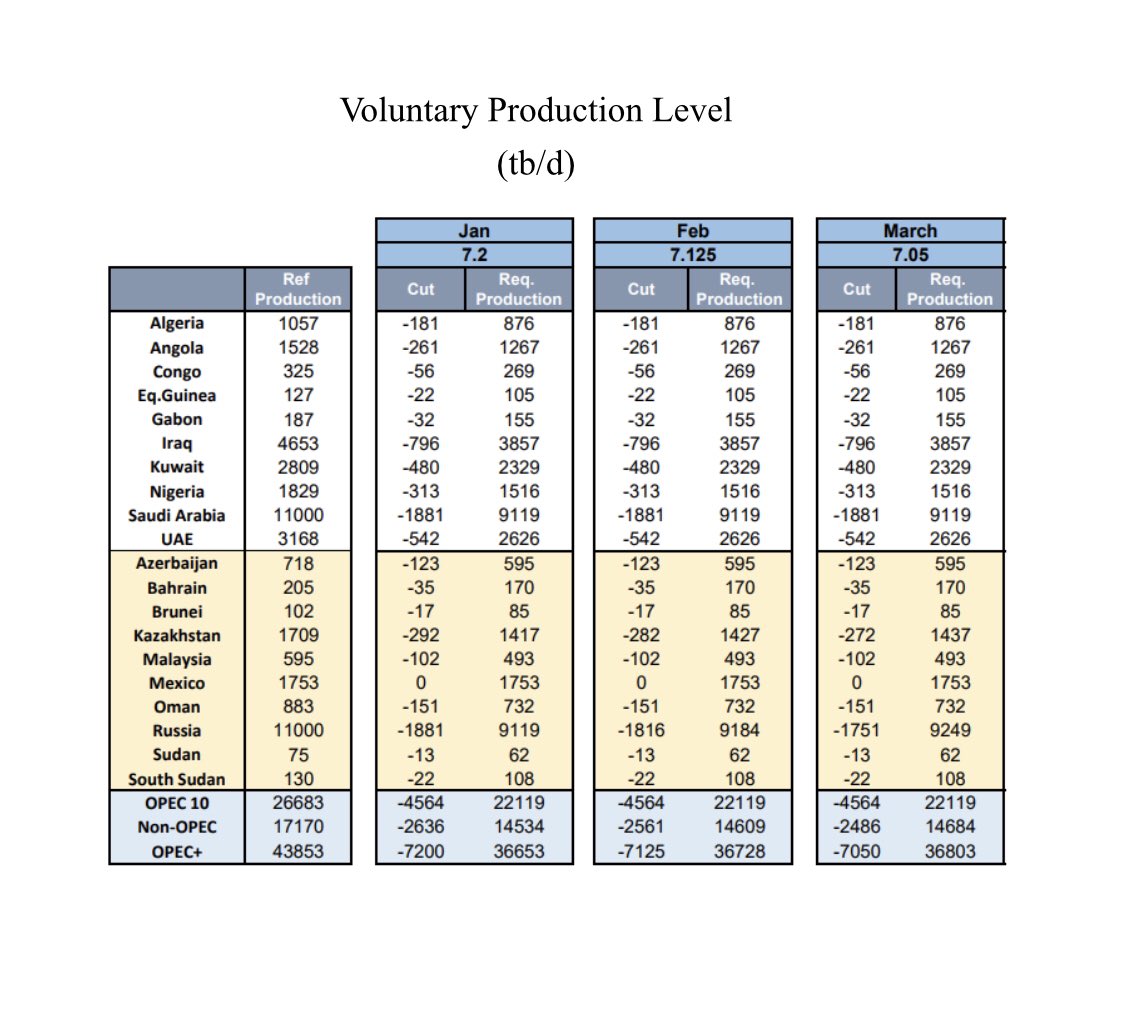 Bloomberg – OPEC+ reached an agreement to curb supply over the next two months, with Saudi Arabia carrying a greater burden of oil-output cuts while others hold steady or make small increases.

The deal, which emerged after two days of talks, makes for a tighter market than traders had been anticipating and sent crude surging to a 10-month high in New York. It appeared to give most members of OPEC+ what they wanted — the additional price support desired by Saudi Arabia and the production boost Russia had been pushing.

Saudi Arabia will make an extra reduction of more than 400,000 barrels a day in February and March, delegates said, asking not to be named because the information was private. That more than offsets the combined 75,000 barrel-a-day increase Russia and Kazakhstan will be allowed to make in each of those months, according to a draft communique that was seen by Bloomberg

The rest of the Organization of Petroleum Exporting Countries and its allies will hold their output steady in February and March, according to the communique

The agreement means the global market will get less supply than traders had been expecting prior to this week. The OPEC+ meeting opened on Monday with a proposal from Russia for a 500,000 barrel a day output hike next month, which was opposed by most other members. The alliance had been scheduled to discuss similar-sized increases in March and April, but that plan has been superseded by the latest accord.

Oil prices surged, with West Texas Intermediate crude jumping as much as 5.1% to $50.05 a barrel in New York, the highest since Feb. 26.

New York — 0304 GMT: The rally in crude oil futures prices gained momentum during midmorning trade in Asia Feb. 18, drawing strength from a large estimated draw in US crude inventory reported by the American […]

Oil rises towards $72 on demand prospects

Oil rose towards $72 a barrel on Friday, trading close to a two-year high as OPEC+ supply discipline and recovering demand countered concerns about patchy COVID-19 vaccination rollout around the globe. The Organization of the Petroleum […]