(Reuters) Capacity for U.S. oil refiners fell in 2021 for the second year in a row, the most recent government data showed, as plant shutdowns kept whittling away on their ability to produce gasoline and diesel.

Pump prices are near $5 a gallon nationwide as soaring demand for motor fuels collides with the loss of about 1 million barrels of processing capacity in the last three years due largely to closings to plants that were unprofitable when fuel demand cratered at the height of the COVID-19 pandemic. 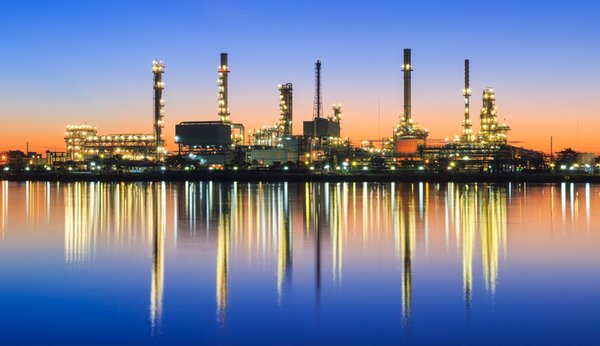 Sky-high gasoline prices may soon crimp fuel demand as if drivers cut travel, a Dallas Federal Reserve Bank economist said. The nationwide average for a gallon of regular unleaded was $4.968 on Tuesday, up 62% from a year ago.

While current pump prices are not historically high in inflation-adjusted terms, they may be “closer to consumers’ pain threshold than inflation-adjusted prices might suggest,” wrote Garrett Golding, senior business economist with the Dallas Fed. “And if prices climb higher, expect consumers to respond by cutting back on fuel consumption and overall spending sooner than later.”

Profit margins at U.S. refiners are up sharply despite higher oil and gas costs as demand soars for gasoline, diesel and jet fuel. Analysts say the demand could continue to rise with low U.S. unemployment and pent-up demand for travel.

The biggest factor in the latest decline of refining capacity was closure of the 255,600-bpd Alliance, Louisiana, refinery, following extensive damage from last year’s Hurricane Ida. That was only partially offset by capacity expansions at other refineries, the EIA said.

With capacity down, fuel demand is up thanks to the global recovery from the COVID-19 pandemic. Also, shifts in market flows due to the Russian invasion of Ukraine have placed new strains on U.S. refiners. The nation’s plants are running at about 94% of operable capacity, the highest since September 2019.

The high level of capacity utilization and relatively low levels of storage have experts worried about possible fuel shortages given this year’s forecasts for a well-above average hurricane season. About half of the nation’s refining capacity is on U.S. Gulf Coast, where storms often make landfall.

National capacity could decline further if there is an early shutdown of LyondellBasell Industries 263,776 barrel-per-day (bpd) Houston refinery.

Six refineries, accounting for the shut capacity, have permanently shut since the pandemic began in 2020, with two converting to renewable diesel production.

One other refinery, Shell Plc’s Convent, Louisiana, refinery is under consideration for conversion to renewable diesel production.

Phillips 66 is converting the Alliance refinery to a refined fuels terminal.