The American Petroleum Institute (API) reported a surprise build this week for crude oil of 2.156 million barrels, while analysts predicted a draw of 400,000 barrels.

The build comes as the Department of Energy released 5.3 million barrels from the Strategic Petroleum Reserves in week ending August 5, to 464.6 million barrels.

In the week prior, the API reported a surprise build in crude oil inventories of 2.165 million barrels after analysts had predicted a draw of 467,000 barrels. 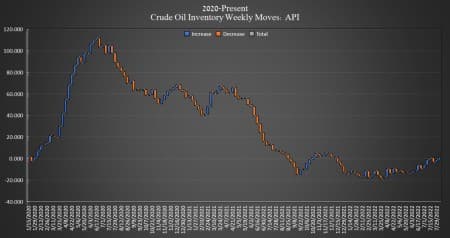 The API also reported a draw in gasoline inventories this week of 627,000 barrels for the week ending Aug 5, compared to the previous week’s 204,000-barrel draw. 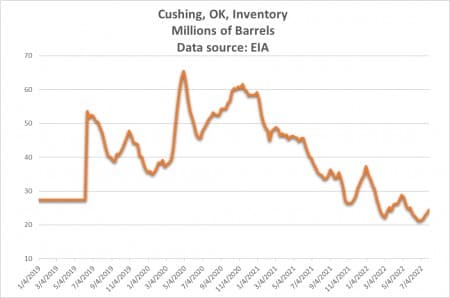 NEW YORK: The industry group representing oil and gas companies including Exxon Mobil Corp and Chevron Corp said on Thursday it supports a carbon price as one measure to mitigate climate change risk. Oil and gas trade group the American […]

API Reports Large Inventory Build As Oil Falls Back Below $100

The American Petroleum Institute (API) reported a large build this week for crude oil of 4.762 million barrels, while analysts predicted a draw of 1.933 million barrels. The build comes as the Department of Energy […]