A number of pressure points have hit renewable energy all at once today. 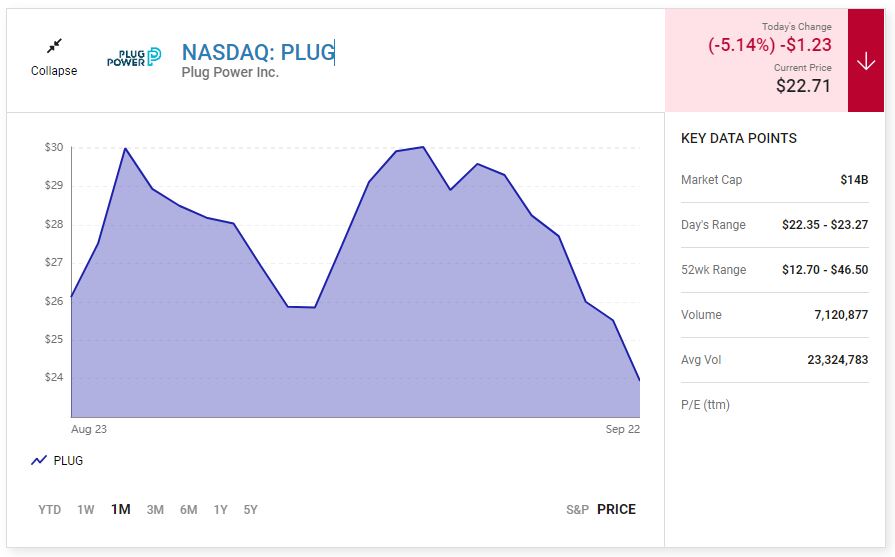 The most notable move in energy markets today was natural gas falling 7.6% in U.S. trading. That’s a big decline in prices for a commodity that provides most of the electricity in the U.S.. You’ll notice that Plug Power, Blink Charging, ChargePoint, and First Solar are all suppliers in the electricity market, so when a competing commodity falls in price, it makes sense that your product would become less valuable, as well.

A more problematic headwind is the increase in interest rates around the world. In the U.S., 10-year government bond rates were up 17 basis points today alone and have risen 68 basis points in the past month and 239 basis points this year. 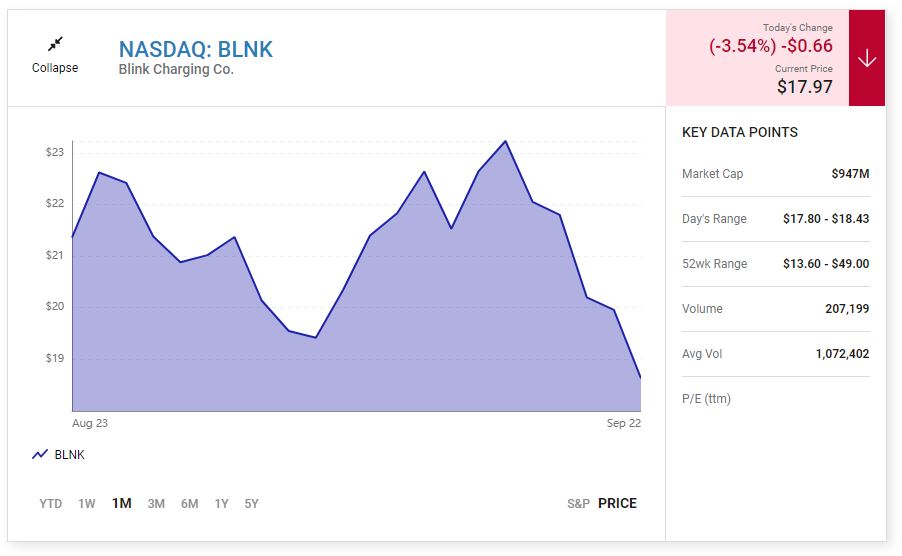 The macro challenge is that higher interest rates are intended to slow the economy, which may also mean incrementally less demand for energy. That would put new construction for renewable energy at a disadvantage against the legacy fossil fuel asset.

Why are renewable energy stocks down? Today is a worst-case scenario of lower fossil fuel prices, higher interest rates, and a potentially weaker economy.

Ups and downs like today are really par for the course for renewable energy. The industry has benefited from falling interest rates over the last decade, but even that hasn’t meant strong profitability for most companies.

While I think higher rates and falling commodity prices are a headwind, I don’t think this is worth giving up on the industry. There’s a bright future for wind, solar, hydrogen, and electric vehicles.

I suggest focusing on companies that are profitable and can adapt to any market condition. In this list of companies, only First Solar is making money and has any kind of differentiation in the market. 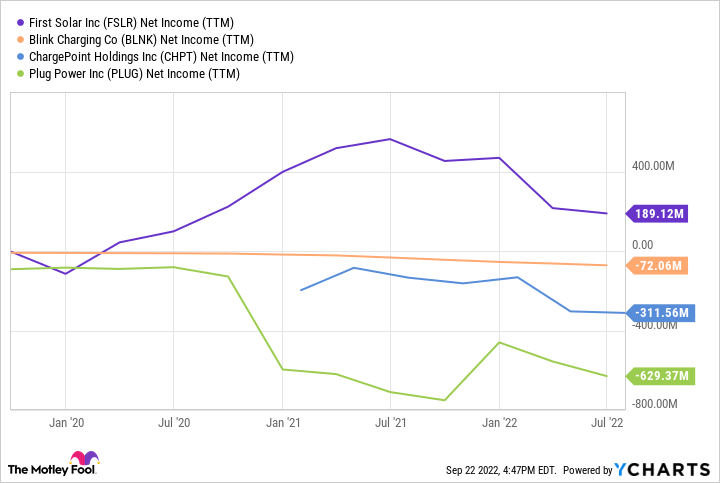 If you’re buying high-quality renewable energy stocks like First Solar, this could be a great buying opportunity. But it’s also a warning that less-established companies that have been built on hype are facing difficult market conditions for the foreseeable future.

Summer is around the corner, and we suggest you prepare by buying an emergency generator, if you can find one in stock. Last week the North American Electric Reliability Corporation (NERC) warned that two-thirds of the U.S. […]

The need to develop a variety of energy sources has never been so evident. As the global reliance on a few specific oil and gas sources becomes clear, it seems obvious that we should be […]